Kat of The Bobwhites was our August 2012 Daring Baker hostess who inspired us to have fun in creating pate a choux shapes, filled with crème patisserie or Chantilly cream. We were encouraged
to create swans or any shape we wanted and to go crazy with filling flavors allowing our creativity
to go wild!

Mmmhh, choux pastry! Is there anything more French than that? Somehow I couldn't get myself
to do swans even though I liked the idea (maybe for my daughter's next birthday party - however
might be too fancy) as I always had to think of eclairs. I love eclairs and they look so elegant.

I once had to develop recipes with coffee and remembered a coffee glaze I used for a cake. This time I spread it on the eclairs and also put some coffee flavour through the whipped cream. Okay, here I actually used a short cut, instead of making a custard cream I only whipped some cream
but it's just as nice, I promise! 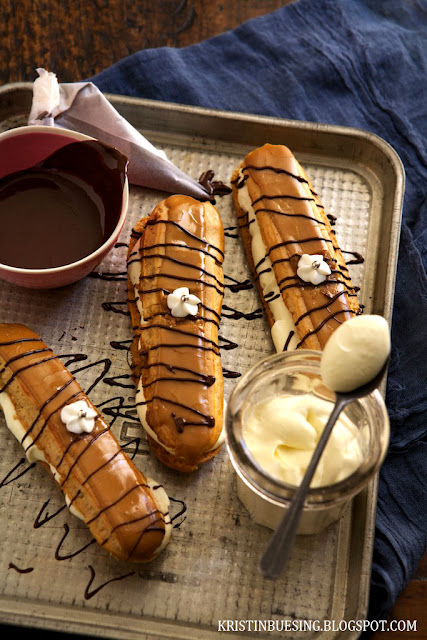 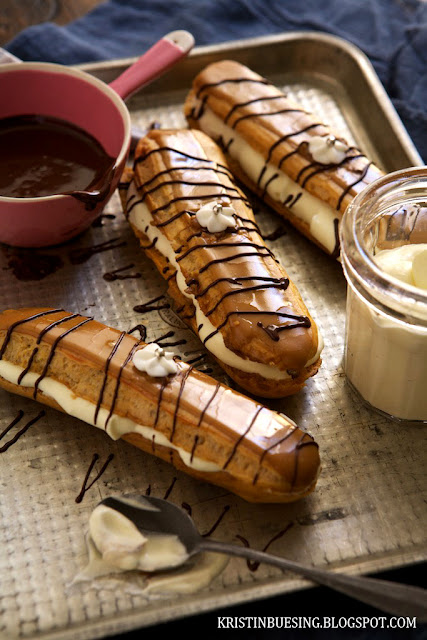 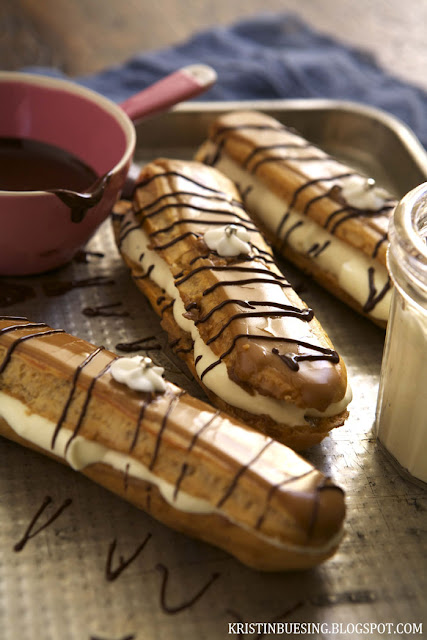